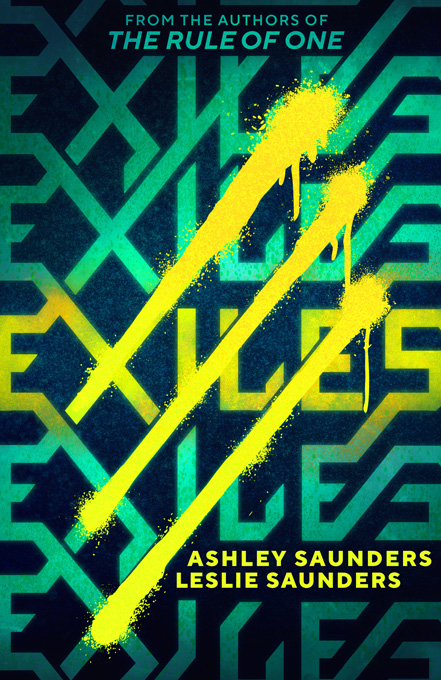 An experiment in survival awaits estranged twin sisters in a thrilling science fiction adventure by the authors of The Rule of One series.

Is fear the killer of dreams?

It’s been twelve years since the 2040 Quake rocked the Golden State, fracturing Los Angeles and the fortunes of millions. It’s been six years since tech billionaire Damon Yates founded his elite academy, giving Unfortunates from the wrong side of his hyperloop tracks a new future at Quest Campus, tucked away in the Santa Monica Mountains. But an endeavor that sought to bridge a divide only tore eighteen-year-old twin sisters apart.

Jade is a street-savvy adrenaline seeker ruling the city’s downtrodden eastside. Crys is an influential socialite ensconced in Yates’s westside mansion—every bit her adoptive father’s daughter. After the mysterious murder of one of the academy’s brightest, Jade sets out with her factious band of exiles to prove there’s something sinister going on behind the walls of Yates’s exclusive empire. But to expose the earthshaking truth, Jade needs her estranged sister back on her side.

There’s a big problem, though: Crys is inexplicably terrified of her own twin’s face.

Combining a thrilling mystery with an examination of class difference, Exiles is an explosive coming-of-age adventure about living in—and doing anything to survive—the technologically advanced metropolis of the unshakable City of Dreams.

Sign up for news, giveaways and exclusive first looks at our upcoming projects. You’ll also receive the first chapter of Exiles for free!

Thank you! You should receive a welcome email shortly.
Oops! Something went wrong while submitting the form.

Ashley Saunders + Leslie Saunders
Exiles
The Rule of One
Contact